How to Stream Nintendo Switch Without Capture Card – Stepwise Solution

Since its release back in early 2017, the Nintendo Switch has taken the world by a storm. Classified by Nintendo as “a home console you can take with you on the go”, the Nintendo Switch gained immense popularity among the gamers. As the attractiveness kept growing, gamers began speculating about streaming their gameplays for the audience to see on various platforms.

However, the Nintendo Switch does not come equipped with streaming features, unlike the PS4 and Xbox One. To get the streaming feature on your Nintendo Switch to show off your gameplays, you are going to have to equip your Switch with a “Capture Card”. Capture Card requires some investment of about $100 to $200 which many users would rather avoid. So if you are looking for a way to ditch the Capture card and still stream your gameplays, don’t you worry, as we have got you covered.

What Is A Capture Card?

A Capture Card captures On-screen content and converts it for playback as a high-quality Video file or Live streaming. Capture Cards provide you with the best facilities for live streaming and are compatible with gaming consoles like PS4, Xbox One, and Nintendo Switch. Along with those, you can also use the capture card for PCs and Macs.

Is It Possible to Stream Switch Without A Capture Card?

So the big question here is, “Is it possible to stream Switch without a Capture card?”. And the answer to this is a big fat YES.

Procedure For Streaming Switch Without A Capture Card

As we know that a capture card can cost you from $100 to $200, some streamers would like to avoid getting a graphic card and look for alternatives. If you are one of them, you have come to the right place.

Let us get started with the methods you can use to stream Switch without a capture card.

Now those gamers who do not own an Xbox will find this method useless. However, for those who have an Xbox One available, you can start streaming with your Switch without buying a Capture Card.

Requirements for streaming Switch with Xbox One

Step 1: Go ahead and dock your Nintendo Switch to the base options

Step 2: Connect your dock to the Xbox One console Using an HDMI cable

Step 3: Connect the Xbox One to your PC monitor

Step 4: Launch OneGuide on your Xbox One and power on your Switch.

(TIP: Make sure both your Xbox and PC are connected to the same Wi-Fi network. For better quality streaming, use an ethernet cable instead of Wi-Fi)

Step 5: Download the Xbox application on your PC. Once Download, launch the application and select your Xbox console.

Step 6: Now, you will need to open Broadcaster Software (OBS) on your PC. This will allow you to record and stream anything displayed on your PC screen. You can easily download OBS from your browser by visiting the homepage. One downloaded follow the installation wizard to get everything all set.

Step 7: Now that you have installed OBS on your computer, you can launch it and begin streaming your Switch gameplays through your Xbox One.

Streamlabs is a popular and widely used application providing users with wonderful streaming and broadcasting tools and features. This application allows the gamers to edit and handle viewers, chats, and donations. It is easy to use, and you can instantly go live on a streaming platform with just a few taps.

Step 1: Download the Streamlabs application on your Android or iOS smartphone. You can download it from the browser by visiting Streamlabs home page.

Step 5: Now align and reposition the widgets to your personal preference on your screen.

Step 6: Revert to your Home page and select Alert Profiles. In case the default alerts are off, go ahead and turn it on.

Step 7: Now go over to settings and select Broadcast. Make sure the output resolution has been set to 720p, while the framerate is set to 30 fps. You should set the Max Video Bitrate at 2500p. These are only the recommended configurations, and you can exceed these settings if you are up for them.

Step 8: Place the Nintendo switch on a stand and your phone on a tripod. Turn off auto-brightness and have it set to optimized levels. Once all of that is done, you can zoom in and zoom out of your phone’s screen to your own preference.

Step 9: When all of that is done and you are all set to commence live streaming, click the RED button, which will start the streaming.

Everyone knows how Nintendo Switch is one of the most prevalent and finest gaming consoles in the market, attracting gamers worldwide. As some gamers love sharing their gameplays with the world, you can use the Nintendo Switch for streaming purposes with a Capture Card. However, we have discussed in this article all the alternative methods that you can use to stream through your Nintendo Switch without purchasing a capture card.

Hopefully, this article has helped you figure out how you can stream on your Nintendo Switch without a capture card. So, if you are keen on streaming your Switch gameplays, and you want to avoid getting a capture card, try the methods in this article and get your streaming journey started. 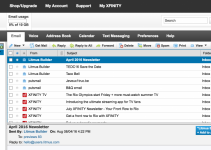 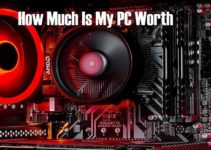 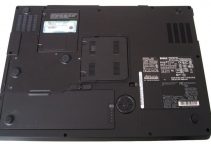