As the PS5 comes equipped with custom silicon, the CPU inside it can’t just be bought right off the shelf. This makes it difficult to compare the PS5 with CPUs present in the market.

Therefore, to build a PC equivalent to a PS5, we are going to need a CPU of the same level. The CPU should be equivalent in specifications to the PS5 to get the same performance.

So, let’s hook you up with a worthy CPU without further to do.

This article will help you explore all the possibilities of building a gaming rig with a PS5 equivalent CPU.

Before we proceed to dig out a PS5 equivalent CPU, let’s just take a look at what Sony is hiding under the hood of this brilliant gaming console. The following are the specifications of the PlayStation 5 according to Eurogamer:

The PS5 also has other brilliant specifications, but these are the most vital ones when it comes to performance. Therefore, to build an equivalent gaming rig, you’ll have to correlate with these specifications.

What Is the PS5 Equivalent Desktop CPU?

The CPU which comes closest to being a PlayStation 5 equivalent is the AMD Ryzen 7 3700X. If you take a look at the specifications, you’ll find that the Ryzen 7 3700X is the CPU that almost matches the PlayStation 5 in terms of core count, clock speed, and architecture.

As the hardware in the PlayStation 5 and other gaming consoles is custom, you won’t be able to find the exact same CPU in the market.

You can equip your PC with a CPU similar in function and specifications to the PS5, and the best choice you have is the Ryzen 7 3700X. Let’s now proceed to discuss the documented specifications.

Another important thing to mention is that the PS5 is limited when it comes to thermal performance. However, if you are building a gaming rig, you can install a decent cooling system to claim an edge over the PS5. Moreover, you can also overclock the Ryzen 7 3700X to even higher boost clock speeds, enhancing the performance above that of the PS5.

It is important to note that hardware won’t always help you as performance can also depend upon the optimization of games for different hardware specs and also on the developer.

Although the Ryzen 7 3700X has higher clock speeds, the games PC port might not be able to utilize that specific advantage. Therefore, some games may run better on the PS5 as compared to your PC build.

The hardware inside a console is kept very specific and is optimized to provide the best gaming experience. On the other hand, optimizing a PC can get very complicated as there are multiple combinations of CPUs and GPUs out there that have entirely different configurations.

If you switch to Intel, the i7-10700 that houses 8 cores and 16 threads with a boosted 4.80 GHz clock speed is the closest you can come to a PS5. Although this processor is locked and cannot be overclocked, it still has higher clock speeds than the PS5 and should provide better performance.

Although the CPU is the most vital component of a PC built, it is usually the graphics card that does most of the intensive work when it comes to gaming. Varying from game to game, certain games are CPU intensive while others (most of them) are GPU intensive.

Keeping this point in mind, you can get great gaming performance with a cheaper CPU if you make sure your graphics card is up to the mark.

If you are interested in building a PS5 equivalent PC, we recommend you to equip your setup with the following CPUs:

If you plan on buying a more recent PS5 equivalent CPU, the AMD Ryzen 5 5500 will not disappoint. The magnificent CPU features 6 cored and 12 threads and can be boosted up to 4.2 GHz clock speed. The CPU has a TDP of 65 W and also comes equipped with an AMD Wraith Stealth cooler.

The AMD Ryzen 5 3500X is a great option if you are in search of value for money. You can easily find this CPU for up to $200, and there is also a great chance to find discounts on it.

This CPU offers a brilliant combo of frequency and core count. On top of that, the processor has support for DDR4 memory up to 3200 MHz and comes equipped with 32 MB L3 cache along with a 3 MB L2 cache.

If you would rather have an Intel CPU, then the Intel Core i5-12400 is the most suitable option to go with. This brilliant CPU houses 6 cores with a boosted clock speed of about 4.4GHz. With support for both DDR4 and DDR5 memory, the Core i5-12400 is a great option if you want to future-proof your build. This will allow you to upgrade your RAM as time goes by.

The Core i5-12400 is a locked CPU, meaning it cannot undergo overclocking. However, it comes with a wonderful cooler outside the box, so you’ll be saving extra money. You can easily get the Core i5-12400 for about $200 at a discounted price. The CPU contains all the appropriate specs to be considered worthy of being a PS5 equivalent.

What GPU is Equivalent to PS5?

The AMD Radeon 5700XT can be considered an equivalent GPU to the PS5 GPU. Both the GPUs have similar specifications and deliver the same wonderful performance. On top of that, both are based on AMD’s Navi architecture.

The GPU on the PS5 is named Oberon. The name of the architectural code is Navi. This GPU is based on the RDNA 2.0 architecture, and the processor size is 7nm. The PS5 GPU has magnificent clock speeds of up to 2233 MHz, and the GPU can reach up to 10.29 TFLOPs. Moreover, it also features the all-new ray tracing technology.

Taking a Look at the AMD Radeon 5700XT Specs

The AMD Radeon 5700XT is also built similarly on the Navi architecture, with the GPU variant being Navi 10 XT. The processor size is 7 nm and is based on RDNA 1.0 technology. The base clock speed on the GPU is 1605 MHz.

Can You Get PS5 Equivalent Performance From a PC?

Absolutely yes. You can easily build a PC with PS5 equivalent performance. However, it won’t come at the same price point and might cost you up to 3 or 4 times more than a PS5.

The PlayStation 5 is optimized to provide the best performance while utilizing hardware. Optimizing a PC can be very tricky, and even if you have equivalent hardware to the PS5, your PC will not be guaranteed to function as smoothly as the PS5.

Optimized hardware is very vital for better performance, and nothing is as optimized as the PlayStation 5. This is why the PS5 will always have better performance than an equivalent PC. Regardless of all that, I’ll provide you with a list of PS5 equivalent PC configurations if you want to build a PC of such caliber.

The following are the PS5 equivalent PC specs:

PS5 vs. PC: Which One Should You Purchase?

A major debate amongst gamers is whether it’s best to buy a PC or a PlayStation 5. As everyone knows, the PS5 is the best console for gaming. It is highly optimized and super powerful. However, a PC has an entirely different perspective to it. You’ll be able to enjoy a lot more than gaming with it.

In a head-to-head comparison, a PC will always beat a gaming console when it comes to any aspect. Other than being highly optimized, the PS5 is highly limited when compared to a PC. PCs are highly upgradable and are way ahead of the PS5 in this aspect.

You can do almost anything on a PC, and you can upgrade it as much as you want. You can change the hardware according to your needs and optimize it to get the best use from it.

Considering gaming, the PC has a more extensive gaming library. Having the required hardware can allow you to enjoy anything you want to play. On the other hand, you’ll only be able to play PS5-specific games on your PS5 console. A plus point of the PS5 is that it has backward compatibility, meaning you can even play PS4, PS3, and PS2 games on the PS5.

Nothing can do this better than a PC considering productivity and daily tasks. You’ll be able to perform any feat on your computer with the ability to reach new heights. The PS5 can not do anything other than gaming. So keeping all that in mind, you should make a wise choice regarding whether you should buy a PC or a PS5, depending on your requirements and purpose of use.

Is PS5 more powerful than PC?

Answer: Well, it all depends on the hardware of a PC. Usually, a PS5 will be more powerful than a midrange PC. However, a PC can be upgraded to very high levels leaving the PS5 way behind in the race. One thing to note is that the PS5 is highly optimized for gaming, and it can get difficult to get the same optimization on a PC.

Answer: The RTX 2080 is a great equivalent for the PlayStation 5. However, the PS5 is very well optimized and will provide better performance with it comes to gaming.

Is the PS5 GPU better than the PC?

Answer: Comparing a PS5 GPU with that of a PC is never going to be a fair comparison. Even though a PC GPU might have better specs than that of a PS5, a PS5 is highly optimized and provides brilliant and better performance. However, you can achieve great heights with a PC as you can upgrade it in whatever way you like.

How much would a PC as good as a PS5 cost?

Answer: Building a PS5 equivalent PC can cost you up to $1100 to $1200, depending on the hardware. This means building a PS5 level PC falls more expensive compared to the console itself.

A PC can prove to be very versatile compared to the PS5, which is highly limited.

In this article, we provided you with all the recommended hardware you can utilize to build a PS5 equivalent PC. However, it is important to keep in mind that the PS5 is highly optimized for gaming and will always have a better gaming performance at this level.

In the end, the choice is yours, and you get to decide where you should invest your money.

Related:
PS5 Media Remote Not Working
How To Install and Use Discord on PS5
PS5 Won’t Start or Run Game 2022 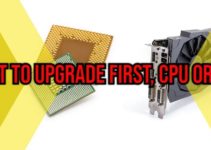 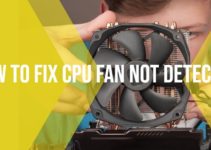 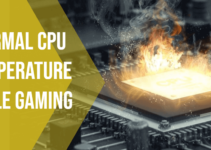