We have compare both processor Ryzen 3 2200G and AMD FX-8350 according their specs and features.

The 2200G is a Raven Ridge processor based on the company’s Zen architecture built on a 14nm manufacturing process. This is a Quad-core processor with no multi-threading support, which features 4 cores and 4 CPU threads. A single core can execute a single thread at once, making it very difficult for the processor to handle serious workloads.

The Ryzen 3 2200G is quite a decent processor that is ideal for casual gaming, not for running heavy games and applications; otherwise, you’ll regret buying the 2200G. This processor features up to 3.5GHz on the Base frequency and 3.7GHz on Turbo Boost frequency with unlocked multipliers, which means that you can overclock the processor to achieve higher frequencies.

Although it comes with a bundled Wraith Stealth Cooler, it won’t be of that much help to get you higher frequencies; you’ll need a decent aftermarket cooler to see some results. It also features a DDR4-2933 RAM with 64GB size and memory bandwidths up to 43.71GB/s with ECC support.

The Ryzen 3 2200G also packs a 2MB of L2 Cache size and a shared 4MB of L3 cache size. Moreover, this processor features an excellent 65W TDP with a maximum working temperature of up to 95C. The bundled cooler also makes sure to keep the temperature down and be more power-efficient.

The AMD FX-8350 belongs to the AMD’s FX-Series released way back in 2012, successors to the bulldozer processors. The FX-8350 is based on Piledriver microarchitecture or Vishera, codename given to the architecture by AMD, built on a 32nm manufacturing process. The Piledriver processors are more improved to the previous bulldozer chips that were highly inefficient compared to Intel’s processors.

The FX-8350 is an Octa-core processor with no multi-threading support, which means that each core can execute a single thread at once, making a total of 8 cores and 8 CPU threads. It features a Base frequency of 4GHz and a Turbo Boost frequency of 4.2GHz, that too with unlocked multipliers. It features the DDR3-1866 RAM with 32GB memory size and maximum memory bandwidths up to 29.9GB/s and no ECC support.

This processor packs an 8MB of L2 cache size, and a shared 8MB of L3 Cache size helps the processor provide an admirable performance. The FX-8350 Piledriver processor features a 125W TDP with maximum temperatures up to 61C, which is by no means power efficient.

The unlocked multipliers mean you can overclock the 8350, but with no thermal solution, and 61C maximum working temperature, it is pretty tough to achieve higher frequencies. AMD has now decided to add the Wraith Cooler in the box with the FX-8350, which helps the processor keep the temperature down and offers decent performance.

The Ryzen 2200G processor also features an integrated GPU which helps it boost its gaming performance. On the other hand, the FX-version processor features a higher number of cores and CPU threads, which helps it handle more serious workloads with ease.

The FX-8350 also features higher frequencies and larger Cache sizes, making it even more capable of providing an excellent performance. But overall, we have to say that the Ryzen 3 2200G is a much better processor, due to its modern features and compatibility with aftermarket equipment.

To wrap up the whole story, we would only say that a low-end modern processor is much better than an outdated high-end processor.

If you had to buy a processor between these two for gaming purposes, we would strongly recommend the Ryzen 3 220G, as it offers better gaming performance.

But if you’re an old-school type person and want to buy the FX-8350, we would appreciate your choice only if you were to buy the processor for multitasking and not gaming. 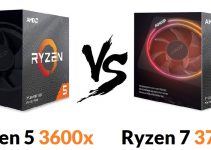 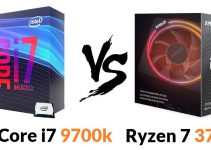