Can You Use a NVIDIA GPU with an AMD CPU? Complete Guide

OF COURSE – BY ALL MEANS! There is no problem in pairing up an NVIDIA GPU with an AMD CPU.

Since NVIDIA and AMD have been rivals forever, it is commonly assumed that the two brands would not be compatible; instead, they would only work best when paired with the same brand parts. However, it is nothing but a misconception!

While building/updating a PC, there are many things to consider, making one TOO picky about almost anything (PCIe lanes, CPU cores, etc.) Therefore, it is pretty reasonable for anyone to worry about using an NVIDIA GPU with an AMD CPU. Therefore, the answer to this simple query is an absolute YES.

Given the low price in the market, gamers usually happen to prefer AMD for the CPUs. But when it comes to GPUs, AMD is a direct rival to NVIDIA. However, using graphical and central processors by the same manufacturer offers some additional advantages which help bring out the best performance in certain areas. But, the GPUs of the two brands (AMD and NVIDIA) individually hold only plus points of their own, which can help you choose between either of the two – whether an AMD or an NVIDIA. So, let’s talk about it in detail!

AMD lacks CUDA cores which makes it a problem for 3D Render engines such as Octane, Redshift to operate on AMD GPUs. Since CUDA cores are exclusively specific to NVIDIA only, NVIDIA goes a step forward in this comparison. Similarly, AMD’s low ray-tracing capabilities also add to their inability to run heavy 3D rendering workloads. Again, when it comes to high-end editing and content creation, NVIDIA beats AMD GPUs in performance.

NVIDIA makes full-scale transfers by using a bandwidth of PCI express lanes (also called rBAR – resizeable bars). These rBARs work both on AMD and Intel, even compatible with the AMD series, which SAM does not operate on. However, in addition to the fact that currently, it is operable on a few game titles only, another downside is that it does not work on Zen 2 processors.

Open-source drivers like Linux or that require Application Programming Interface support (API) work best on AMD GPUs. Also, they even work on Windows.

However, NVIDIA has only managed to come up with their single open Source Driver named NV (in 2010, which is why it is outdated now).

In Energy Efficiency performance tests, Radeon RX 6800 AMD has proved to be the most power-efficient GPU – here, NVIDIA lags behind!

Can a NVIDIA GPU be used with an AMD CPU?

NVIDIA GPU would turn out to be a perfect combination with an AMD CPU as long as the rest of your system including your motherboard, Power Supply Unit, the PCIe slots and cooling system do match as well.

NVIDIA GPUs work pretty much fine with most AMD that have got the same number of connection ports. Most current models of NVIDIA GPUs follow the general PCIe rule with Gen 3. But, since NVIDIA is backward compatible, it works on Gen 2 with almost issues at all.

A combination of AMD CPU paired with a NVIDIA GPU necessarily requires a great PSU (Power Supply Unit) that supplies enough power to both the GPU and the CPU. Otherwise the performance will not be that great because it requires a huge amount of power to run this set-up.

In addition to the above mentioned things, a high-end cooling system is also required to boost the performance level of such a system.

When it comes to GPU, both AMD and NVIDIA provide excellent options. NVIDIA bears AMD in 3d rendering and heavy workstations but gets defeated when the subject is hard-core peak gaming.

Please do let us know below in the comments if the article has been helpful to you or if you have got any other questions; we would be happy to help! 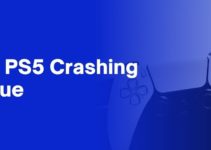 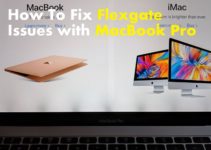 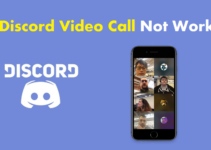