Fortnite, without a doubt, one of the best online Battle Royale games to be created. It has been developed by Epic Games and was launched in 2017. Since then, it has taken the gaming world by a storm, establishing itself as the most popular Battle Royale game. Soon, Fortnite also made its way to mobile phones, being launched on Android and iOS.

Can I Run Fortnite?

If you wonder whether you can run Fortnite on your PC, you can check the requirements given above. If we talk about CPU, the lowest you can go with for Intel is the Intel Core i3-3225. While for AMD, you can go with AMD FX-6100. But the recommended CPU settings will have you go with either Intel Core i5-7300U or AMD Phenom X4 9850 or equivalents to these. The required CPU for MAC OS is the Core i3-3225 3.3 GHz.

Now let us talk about RAM. The minimum you will need on your Windows PC is 4GB, although you are recommended to have 8 GB RAM. For MAC OS, this required RAM is 4 GB. Talking about free storage, you should have up to 18 to 20 GB of free storage on your device. If your system is up to date with all the specs, you are set to start your Fortnite journey.

Check Also: How to get better at Fortnite

Fortnite provides a great platform to engage the gamers to dwell in it. The game comes with different modes like Fortnite Battle Royale, Fortnite: Save the world, and Fortnite Creative. However, the most popular is the Battle Royale mode, in which players, either as a team, or solo, jump onto an island.

Players must equip themselves with weapons and other stuff and go on to hunt down enemies while at the same time remaining in the safe zone as it shrinks. The last one standing wins the game.

Although Fortnite can be challenging to play at first, one always gets better with practice. So if you are interested in getting Fortnite and wondering if your PC meets the needs, this is where you are supposed to be. Let us dig in.

These are the minimum requirements you will have to fulfill to run Fortnite on your PC.

These the officially recommended requirements you will need on your PC to run Fortnite at its best.

The following are the system requirements you will need on your MAC Operating System to run Fortnite.

Fortnite is among the best Battle Royale games played worldwide, engaging gamers in a whole different world of action. It has given tough competition to its rivals PUBG and Apex Legends.

By now, you should know whether you will be able to run Fortnite on your device. So if your PC qualifies for playing Fortnite, go on and get started with your Fortnite journey.

Hopefully, this article has been helpful to you, and your question “Can I run Fortnite?” has been answered. 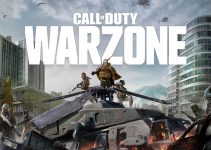 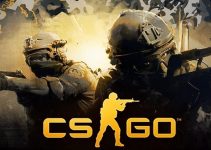 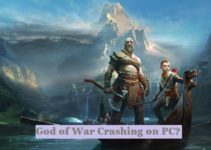