Can I Run Counter-Strike: Global Offensive?

If you wonder whether you can run Counter-Strike: Global Offensive on your PC, you can check the requirements stated above to see if your PC matches them. If we talk about CPU, the least you will need is the Intel Core 2 Duo E6600 or AMD Phenom X3 8750 to run this game.

However, for better performance, the Intel Pentium Dual-Core E5700 3GHz or AMD Phenom 8750 Triple-Core are the recommended CPUs. If we come to GPUs, for minimum, your GPU must be 256 MB or more, and it should support Pixel Shader 3.0. On the other hand, the recommended GPU to get better gameplay are the NVIDIA GeForce GT 630 or AMD Radeon HD 6670.

Global offensive, a multiplayer First-Person Shooter game like all the other Counter-Strike installments. It consists of many modes you can play in, including: Competitive, Arms Race, Deathmatch, Casual, Demolition, Flying Scoutsman, Danger Zone, Wingman.

The Competitive Mode, which is most played, starts with 2 teams having 5 players facing each other for 30 rounds. Two groups, the terrorists, and counter-terrorists face each other in objective-based rounds in which terrorists will have to plant bombs. In contrast, the counter-terrorist will diffuse them and rescue hostages.

After each round, players get rewards, with which the players can upgrade their equipment. Other than this, there are different game modes available, each being unique in its own way.

If you have gained interest in Counter-Strike: Global Offensive and you are wondering if your Device is up to run the game, do not worry. Here we have listed all the specs you will be needing to run this game.

These are the minimum requirements you will need on your PC to play this game.

These are the officially recommended PC requirements you will have to equip your PC with to play this game.

These are the MAC OS system requirements you will need to run this game on your MAC.

By now, you probably know that the Counter-Strike: Global Offensive does not require many heavy specs on your PC. If you have a decent PC or laptop, it will most probably run this game. Counter-Strike offers a fantastic platform for games to enjoy their time with action and shooting.

So, if your PC is up for it and so are you, what are you waiting for. Go on and head into the counter strike world. Hopefully, you would have found this article helpful, and your question “Can I Run Counter Strike: Global Offensive?” has been answered. 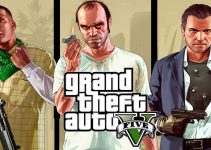 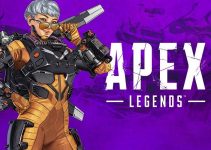