What does Ti mean in a GPU? [Beginner Guide]

When you building up your very own PC or while upgrading your hardware, you are very likely to stumble upon different names, suffixes, and models of each part.

Naming a GPU or graphic card is a bit technical, based mainly on the performance level of the different versions. While searching for GPU, there comes descriptors like Ti, Super, XT etc. Has it ever occurred to you what really are these? What meanings do they carry? In this article, we are going to talk about what Ti refers to in a graphic card.

What does Ti mean in a GPU?

Ti is a name specific to the NVIDIA GPU brand and it stands for Titanium. It indicates a rather powerful variant of an already existing graphic card with even better performance.

Although Ti stands for Titanium, it does not mean that Titanium is necessarily used in the manufacturing of these cards, rather it only signifies an upgraded version of its Non-Ti predecessor.

Ti Vs. Non-Ti, What Does Ti Mean For Gaming?

The main difference that “Ti” label brings out is the performance level. A Ti GPU is generally more powerful than the non-Ti GPU featuring upgrades in memory, power and speed. It is loaded with more CUDA cores, more memory speed and storage. Therefore, these cards with any number are more powerful than the non-Ti cards of the same number. For example, and RTX 2080Ti works better and faster than a plain RTX 2080.

Hardcore gaming favours choosing the Ti cards over the plain regular graphic cards. Unlike their non-Ti counterparts, since Ti version features additional shader processors, it enables huge variety of computing and processing tasks required for displaying a better visual output on your computer. With its overall improved and upgraded features, Ti cards leave a good impact on gaming.

Ti graphic cards are usually more expensive than the regulars but as they say, you get what you pay for – the bigger the amount, the better the performance.

Is Ti or SUPER better?

In July 2019 came a new tier of GPUs by NVidia for their 20 series of cards named the “Super” cards. Though these are believed to have replaced the Ti variant, Super cards are basically some in-between tier for the Ti cards and their regular plain predecessors.

A couple of GPUs have got all three variants, amongst which the performance level of Ti card is the fastest, the SUPER follows and the regular non-Ti lags behind.

Which is the best Ti graphics card?

Ti cards come as a good deal to go for when you are choosing graphic cards for your build. The older and lower Ti versions are a good to-go if you are to only take a start with. With its newer designs, your build is definitely going to carry out the best performance with all the upgraded and improved features.

If you are a hardcore gamer and money is not a problem, installing a Ti card into your build can turn out to be the absolute best investment you’ve ever made. 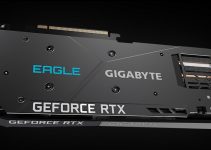 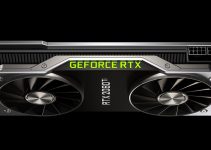 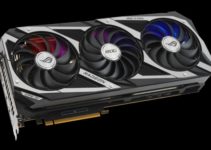