As a gaming aficionado what you want most is to enhance your gaming experience. The crisp graphics and snappy gaming videos are what every gamer desires. To enable you to share your best gaming moments with your pals, many graphics brands are at the cut-throat competition with each other.

The latest release of the AMD RX 5700 by AMD stirred the crowd with its awesome specifications. Designed to dominate the NVIDIA graphic cards, especially RTX 2060 and RTX 2070, the NVIDIA brand just couldn’t let it go and hence announced the launch of their “super” cards. This lead to the birth of what you all now know as the RTX 2070 super, RTX 2060 super, and RTX 2080 super.

Now, the confusion which most consumers face is the difference between the super version and the non-super Nvidia graphic cards especially between RTX 2070 super and RTX 2080. They both share plenty of features. Their similarities run deep. But what’s the difference? Does having a super version is better than non-super series? Which one takes the lead?

To find out the answer to all these questions, first, you need to have a run over on what exactly is GeForce RTX 2070 super and GeForce Rtx 2080.

The NVIDIA brand is best known for developing graphic cards that guarantee to provide you with spectacular graphics and optimized speed. The RTX 2070 super was launched shortly after the AMD RX 5700 and RX 5700 Xt went on sale.

If we do the math, then it means that 1 streaming multiprocessor has 1RTcore, 64CUDA cores, and 8Tensor cores. These beefy cores add to their great performance and hence make this beast about 10 to 15% faster as compared to the RTX 2070.

This is because it shows off with a base clock of 1605Mhz which is great as compared to the 1410Mhz of the RTX 2070. Similarly, in terms of boost clock speed, it dominates with the 1770Mhz whereas the RTX 2070 sports only a 1620Mhz boost clock.

However, its memory bandwidth is similar to the RTX 2070 which is 448 Gb/s. Similarly, its Video RAM is 8 GB like RTX 2070 sporting a speed of about 14000 MT/s. With good  Thermal design power of 215 Watts, this device surely aims to provide you with good power efficiency and great performance.

Among the variety of graphic cards launched by NVIDIA, the RTX 2080 was the most popular one. This graphic card boasted a great performance and outranked its predecessors with its spectacular specifications. However, this was all before the announcement of RTX 3080.

The RTX 2080 still is known to provide good GPU performance. With it, you can seriously have a spicy gaming moment. Its specifications made it dominate the GTX 1080. However, this dominance is not only in terms of its superior performance but also in terms of price. It’s way more expensive than the GTX 1080 but its performance makes it worth it.

The RTX 2080 is an excellent performance graphic card that is sported by plenty of cores and provides you with good graphics. Just like its predecessors, the RTX 2080 hosts a similar turing architecture which is designed on a 12nm process. This TU 104 chip boasts 13.6 billion transistors and a die size of 545 mm2.

If we do the maths, it means each streaming microprocessor shows off with 1 RT core, 64 CUDA cores, and 8 tensor cores. It supports a spectacular Ray tracing feature and provides you with incredible performance.

The RTX 2070 super and RTX 2080 both are designed on a 12nm processor and belong to the TU104 graphic processors. Based on the similar Turing architecture as other RTX series graphic cards, they both provide you with a 13.6 billion transistor count and have a die size of 545mm2.

When it comes to dimensions, the RTX 2070 super and RTX 2080, are almost similar. They both are about 267mm long, 116mm wide, and show off with 35mm height. In terms of their beauty, no one is superior to another. Their construction and looks are almost the same.

When it comes to connecting with others, the RTX 2080 and RTX 2070 super both provide you connectivity with PCIe 3 x 16 interface.

For extensive connectivity, the RTX 2070 super and RTX 2080, both feature a single HDMI port, 3 Display Port, and a fast USB type C port. In terms of ports, they both are exactly similar.

Rop is known as the render output unit. It’s another name is raster operational pipeline. In image rendering, this ROP is involved. Both RTX 2070 and RTX 2080 feature 64 ROP units.

The RTX 2070 super and RTX 2080, both feature 215-watt thermal design power. As TDP is usually in Watts, some people confuse it as the power required by this graphic card. It’s not the power, it’s the heat output that’s usually produced. It tells you about the amount of heat output the graphic card is expected to generate when operating.

By 215 watt TDP, it means that it can generate up to a maximum of  215-watt heat. But, with the given TDP, you can predict how much power it can draw. The less the TDP, the more power-efficient the graphic card would be.

Although RTX 2070 super and RTX 2080 are similar in many aspects, they are some differences in their speed, streaming microprocessors, and many other features. Let’s have a competition and see which is superior and hits the home run.

Therefore, you can expect the RTX 2080 to provide you with great performance since plenty of CUDA cores have been fitted in it. Hence, the RTX 2080 again takes the lead.

For those who don’t know what’s texture Mapping Unit, it’s involved in the resizing, rotation, and distortion of bit array images. For image rendering, it plays a vital role.  The RTX 2080 features 184 TMUs whereas the RTX 2070 super falls behind by 24 TMUs as it offers 160 TUMs. Therefore, the RTX 2070 super loses this one.

In the end, the RTX 2080 is the top dog among the two. It’s also considered to be the best graphic card of 2020. So, if you are confused and can’t decide between the two, instead of going for the RTX 2070 super, go for the RTX 2080. It will provide you with good performance indeed! 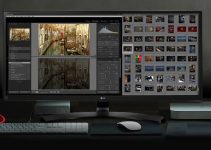 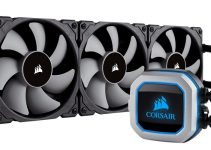 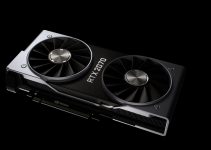 Here at FlexGate you will find every single truth about PC, Laptop and tech appliances.