How to defrag a Mac? Do You Need To Defrag Mac (Complete Guide)

How to Defrag a Mac

iDefrag is one of the best apps to defrag your disk storage. It offers a free trial period, and then this app costs $32 to use.

The Drive Genius is another app to defrag your Mac; this app offers a more range of processes like working with hard drive partitions and restoring your data. This app costs you $99.

The TechTool Pro 5 app is made to optimize your Mac; besides, it also provides an option to defrag your Mac. The TechTool app costs $98. All of these tools are third-party apps, which means you have to be careful when using them. You cannot get Apple’s support for these tools; also, you have to make sure that you’re not using them on a Mac with an SSD because it can damage your system and disk.

How to do a disk cleanup on a Mac

If your Mac is running slow, or you’re noticing any sluggish performance, it is better to perform a thorough disk cleanup of your Mac. Your system needs a particular amount of free space to provide you with the expected performance. It needs to carry out its operations and save momentary data. Follow these steps to perform a disk cleanup on your Mac and speed up its performance.

Replace your HDD with an SSD or upgrade your RAM to improve the performance of your system.

What is disk defragmentation?

Do you need to defragment a Mac?

The Microsoft operating systems do not offer any built-in course of action to fight fragmentation; the Microsoft system uses the FAT and NTFS, which needs defragmentation every once in a while because of no procedure to avoid fragmentation.

In contrast, the Apple system uses the Hierarchical File System or the HFS+ that sole purpose is to prevent fragmentation. It offers a particular course of action known as the Hot File Adaptive Clustering that makes sure that no fragmentation occurs on your disk.

On the other hand, Apple computers feature an SSD hard drive with an exclusive algorithm to avoid fragmentation. These drives perform their procedures in the SSD to eliminate any fragmentation in your disk storage.

From the above discussion, it is quite evident that your Mac does not need any defragmentation; their operating system has its exclusive procedures to avoid fragmentation. But, there is one situation where you might consider defragmenting your Mac;

Programs like Photoshop, Logic Pro, and Final Cut Pro have specific files that are more prone to fragmentation and are difficult to remove by your operating system. Even if these files get fragmented in your disk storage, your Mac maintains the same performance, which eliminates the possibility of adding defragmenters in the regular set of Apple utilities.

Related:
How to Change Background on Mac 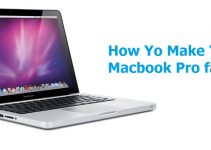 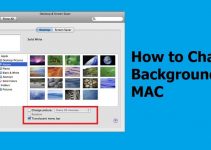 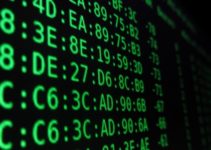